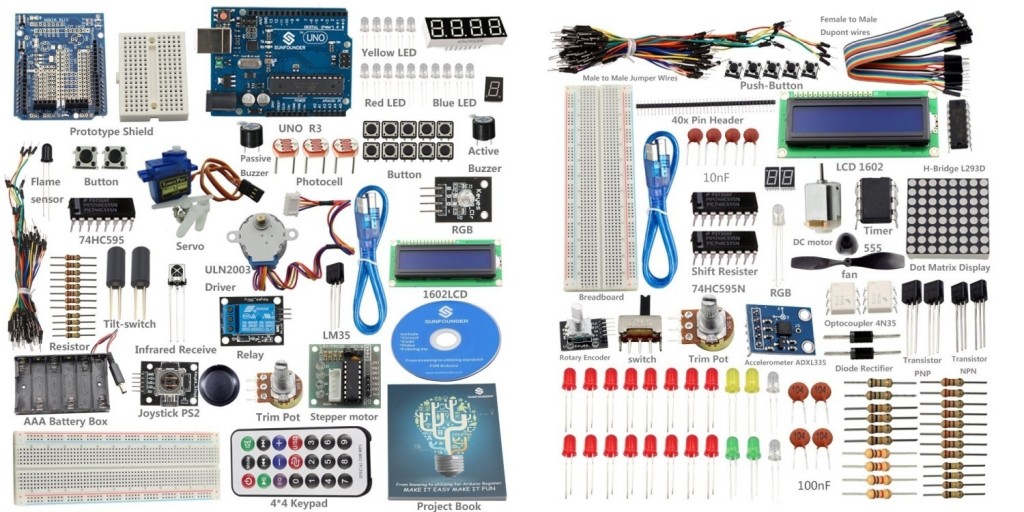 SunFounder’s Arduino Uno is not a genuine Arduino Uno, but a clone. That’s what I wanted to start with, because I was almost certain I’d blow up my first Arduino somehow—a clone is cheaper. Up until now, I didn’t 🙂

Most of the Arduino boards, such as the Arduino Uno, which I recommend to start with, come with AVR controllers (a microcontroller of the Atmel family)—my Arduino Uno has an ATmega328P-PU (datasheet)—and some other components to make working with it easy. If you buy an Arduino which has the chip as a DIP package, you can easily buy some new ones and replace it if necessary. This is not so trivial when you buy it soldered to your Arduino as an surface mounted device (SMD) like this Arduino Uno clone with an ATmega328P-AU. I would highly recommend buying an Arduino Uno with a replaceable ATmega328P microcontroller (DIP).

In situations where I don’t have a computer around to power the Arduino with over USB, I bought a 9 V 1 A wall adapter with an 2.1 mm plug where the center pin polarity is positive, indicated by the symbol shown.

Additionally, I got myself a nice sturdy SunFounder acrylic case enclosure for the Arduino Uno. The instructions of how to assemble it was a bit hard to decipher, but in the end I figured out where to put the three tiny pieces as shown below. 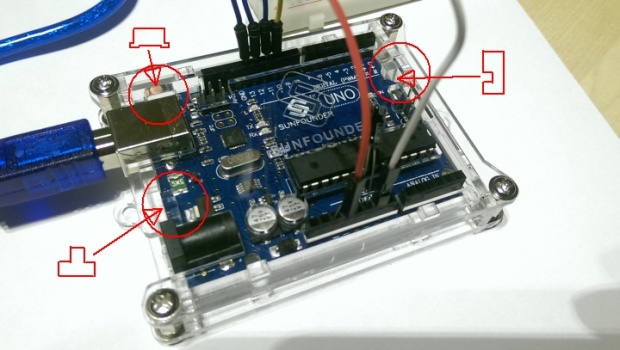 Since I also wanted to be able to run the Arduino on batteries and the kit I bought comes with a battery holder for 6 batteries, I also got an EBL AA and AAA battery charger and 8 Ni-MH batteries. For compact future projects, I’ll look into lithium polymer (LiPo) batteries though.